One Session is the brainchild of Helen van Empel. She always felt like the good things about mental health care could be offered more effectively and easily. This resulted in her bringing the Single Session Coaching to the Netherlands and founding One Session in 2020.

What do people say about One Session?

It is very nice to get started immediately. With minimum investment, and time, you are really helped
on your way.

The hour was really used to the fullest.
The session gave me the feeling that I am in control again. That I can change things myself.

Clear analysis of my problem. The session helps me to go on with confidence. More useful
conversation than I had estimated beforehand!

Nice! I had a really good conversation with her. She was able to get to the bottom of me in such a
short time and gave me some valuable tips.

What helped me was the channelling of the problem and the practical tools. I got a clear picture of
where my problem lies and what I can do about it. But also what not to do.

The small personal touch made it quickly familiar. I also didn’t have the idea that we had just met.Dat ik zelf dingen kan veranderen.

The tools are very concrete and also humour in the conversation was nice making it light-hearted at the right moments.

I experienced the dynamic that arose from wanting to achieve something substantial in 1 session as very effective.

The session helped me gain insight into where it really hurts and what I can do to continue working on it myself.

We believe that the world becomes a more beautiful place when we recognize our difficulties more.
That way it becomes easier to share our struggles which in turn makes it easier to deal with them better together.
We want to make the psychological insights and tools available to everyone and make sure that there’s always someone there for you when you get stuck.

We believe that the world becomes a more beautiful place when we recognize our difficulties more.

Using our knowledge, experience and attention to help people in a low-threshold way to help one look at their problems differently and deal with them better. Inspire people to have real conversations, and improve communication outside the sessions as well.

By collecting and sharing the best methods, insights, and tools and making sure there is always someone for you when you get stuck.

We like to share our way of working with experienced colleagues.
Do you have a university degree in psychology, a broad continuing education and extensive experience? Would you like to expand your knowledge with this new way of working in the Netherlands? We provide an Single Session Therapy training at RINO.

This training is a combination of theory and practice. In addition to insight into the background and elements of SST, this means a lot of practice. You use your own issues that are important to you at that moment. This way you can really experience what it is like to work with this method.

You can find more information and register at rino.nl

One Session in the media

Failed or Succeeded?
Coaches and psychologists traditionally think more in terms of trajectories than sessions, despite the fact that most people stop after just one session. First this was considered a “failed project”, but research shows that most people were actually very satisfied with that one session. That one session was found so useful, that they did not feel like needing any more to move on.

A method to fully utilize that one session.

A new way of coaching
With this insight as a starting point, Single Session Therapy (SST) has been developed: a method to fully utilize that one session. Organisations can also reap the benefits of this. With just one session you can help your employees get back on track. After all, a healthy organisation consists of healthy and happy employees.

SST has developed since the early 1990s and shown popular in Australia, America, Canada and England among others. One Sessions is the first to use the method in the Netherlands. And with success.

The One Session Team

These experienced psychologists make One Session possible. Read more about our team

I am convinced that a seemingly small adjustment in behavior can lead to big, positive changes.

Cordiality, listening and no-nonsense, that’s my style.
You will receive structure and guidance to tackle your problems.

I always give my clients concrete tools that really help them.

I like to point out to people the amount of impact they can have in a situation, so that they can stop feeling that everything just happens to them.

SST-Coaching suits her because she is solution oriented and loves the human interaction.

I steer towards autonomy so that people can live freer and happier lives.

The personal conversation – the real contact – is paramount to me. Always linked to a concrete plan of action.

How is One Session received?

This is what professionals say about One Session

Many RTL colleagues have already participated and they are unanimously enthusiastic. I fully support One Session’s vision that one session is often sufficient.

It is an accessible form of coaching, because it costs little in terms of time and money. Moreover, it is very easy for both HR and employees to schedule a session.

That makes it one of the most important pillars of our vitality policy, which we use to respond to the situation in which employees are forced to work from home. Not only that, but employees with career questions or assertiveness issues are also happy with One Session’s practical approach.

We are very pleased with One Session and will definitely continue this offer after corona!”

One Session puts an end to the endless coaching programs in companies that do not focus on the development of the individual employee.

One Session is a good way to get the right insights to work on your own development after a one-off individual consultation. No time-consuming and nonsensical group sessions where no one shows truely opens up about them selves.

But a confidential conversation with an experienced and reliable coach. Someone who focuses on your development and who has your best interests at heart.

So you can take responsibility yourself. For your own behaviour, and for your own development! 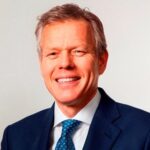 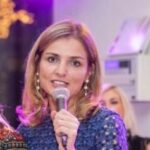 “What a good and especially necessary concept. It responds perfectly to the imbalance between supply and demand in psychology.

In today’s turbulent world, where more and more people are getting lost or stuck, the demand for quicker expert help is increasing. One Session shortens the road to a solution; no traditional long trajectory beforehand followed by a lengthy treatment, but instead, we get to work right away with immediate results.

I am convinced that Helen and her team will make One Session a success and help more people faster. 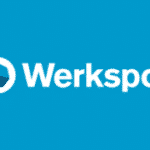 Want to discuss the possibilities for your organisation?

You can also book a video call directly in my calendar.
After booking, you will get the Zoom link in the confirmation email.